Mobile marketing today is all about owning the moment and Snapchat is all about living in the moment. For brands who want to own the moment and reach their target audience in a creative way Snapchat provides the perfect platform to do just that. From a content marketing perspective Snaps on Snapchat are a lot more consensual and from a users perspective Snapchatter’s must deliberately add a brand’s username to their list of followers in order to receive their images, so the users are much more likely to want to engage with the content they’re receiving.

Snaps and stories are temporary which creates that sense of urgency to capture time sensitive information, whether it be a promotion, give away or a behind-the-scenes point-of-view. Ultimately the promise of unique, real-time information is your audience’s incentive to follow you.

Currently only 1 percent of marketers are using Snapchat with 700 million messages daily as of last November. And the Majority of users, 70 percent in fact fall into the age profile of the under 25’s and the millennials. Brands can now advertise for follower opt-in by leveraging other social media channels such as Twitter.

Here at XtremePush we have identified  five brands using Snapchat to Engage their Target Audiences Creatively:

General Electric’s first Snapchat was One Small Step for Brand Kind. The industrial giant sent out fun drawings on Snapchat that depict space travel while syncing their marketing play into the 45th anniversary of the moon landing. 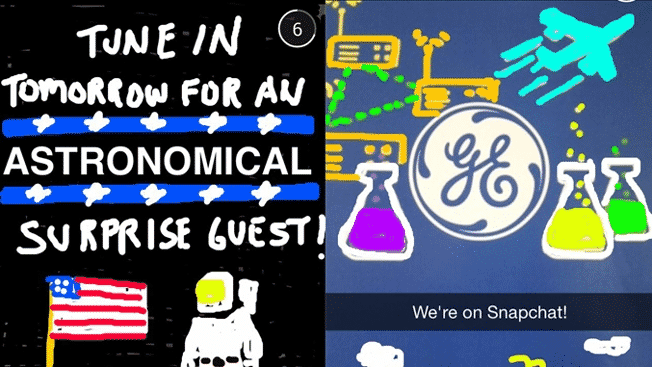 Publican Sober Lane based in Dublin and Cork turned to social media to recruit the best publicans. Sober Lane in Dublin sent out a tweet stating that they were only receiving applications via their Snapchat account. There was a tremendous response with 1,300 applications received in the 24 hours following. Each applicant had approximately 15 seconds to shine, one chef filmed himself cooking. Sober Lane is all about Personality and so is Snapchat. 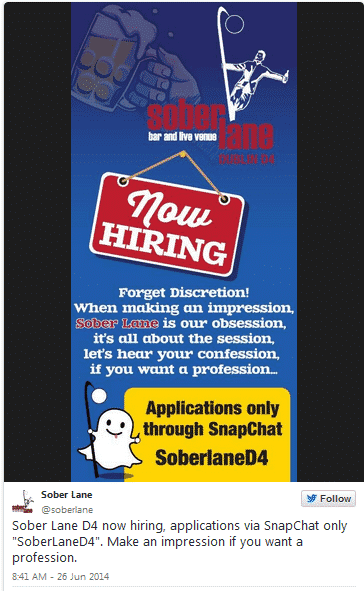 The Bucks sports team along with a continuing effort to engage fans have been using Snapchat. The Bucks will use the account to give supporters an inside look at the team, previews of upcoming promotions and much more. The Snapchat Stories the team create will be stitched together to create a narrative and viewable for 24 hours after. The league was able to generate “hundreds of thousands of views” on Snapchat during the finals. So what are Buck’s key ingredients to success on Snapchat? Melissa Rosenthal Brenner, the NBA’s Senior Vice President of Digital Media stated “We’ve found what works is using Snapchat to tease content and gave fans unique vantage point“, and that “Snapchat makes content more precious, and because its generally secretive what players do before games or on draft night, it gives fans a sense of being a fly on the wall”, that most certainly makes a change from being a fly on the wall on their Facebook page… 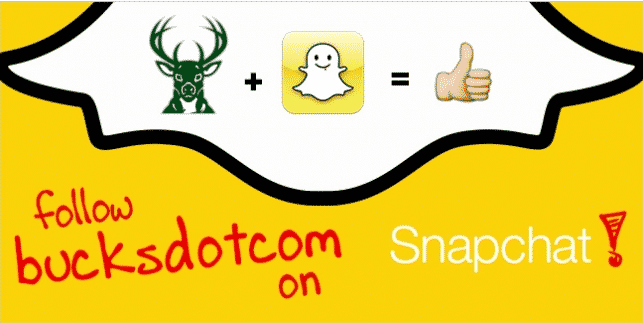 Snapchat carried out an experiential campaign using “My Story”  with the Electric Daisy Carnival music festival in June 2014. This allowed Snapchatter’s who were at the event to simply add a Snap to “Our EDC Story” and for those who couldn’t make the event Snapchat made it possible to add “EDCLive” to check out the event live through a series of Snaps. “My Story” a Snapchat feature introduced in October 2013 has transformed the app from a simple photo messenger to a storytelling platform. Stories create the opportunity to engage your followers, introducing the demand for higher-level content creation. And as stated by Snapchat “If you can’t make it to an event, watching Our Story makes you feel like you’re right there”. 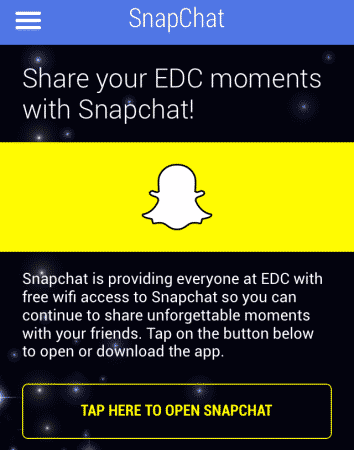 Audi which is an official social media sponsor of TV series Pretty Little Liars has been Snapchatting exclusive bonus content from the ABC Family program Pretty Little Liars and the show’s stars in real time. The show itself scores high on millennial viewers. This marks the first time a Snapchat campaign has been activated to correspond directly with show content.The marriage between Pretty Little Liars and Snapchat seems perfect given their matching audiences as stated by Gartner research director Julie Hopkins. 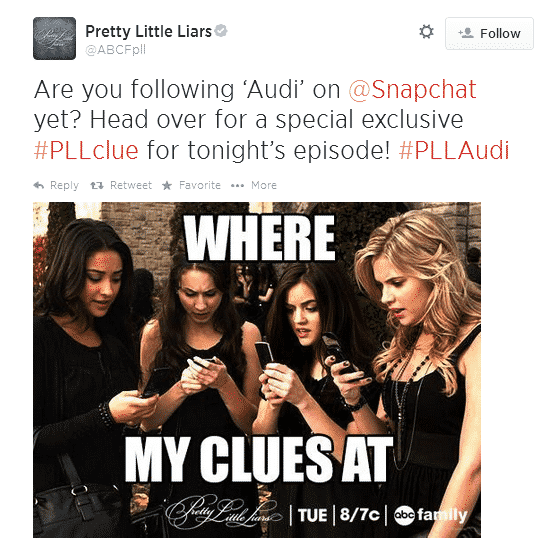 Other brands embracing Snapchat include Comedy Central and Groupon. For some comedy effect you can now add Comedy Central on Snapchat and for time sensitive exclusive deals you can add Groupon on Snapchat. Groupon’s current Snapchat craze is for An exclusive deal for a trip to attend the Wiz Khalifa album release concert in Colorado for just $4.20 dollars. Sometime between Aug 4th and 11th Groupon will send out a snap notifying followers when the deal is live, the catch being that the you will have to be the first person to follow the link to the deal page in order to purchase it. 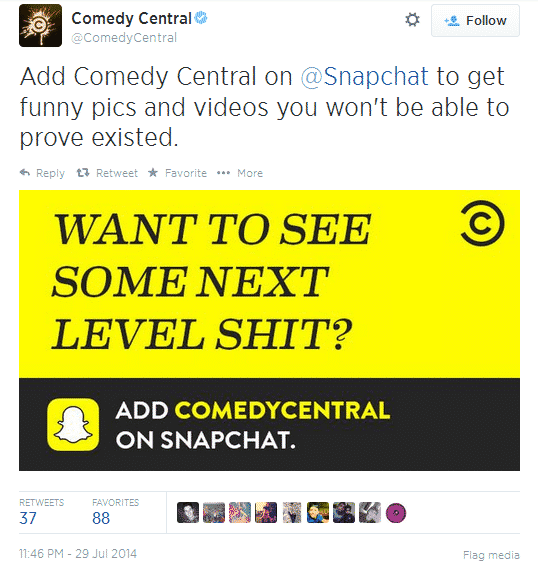