Visual content is dominating the social media revolution and if you are not prepared for the visual content revolution, you may be left in the dust.  Facebook has turned its walls into timelines. Instagram became so popular that Facebook bought it for one billion buckaroos. And Pinterest, the online photo scrapbooking site, is now the number three most visited social network in the country.

Twitter is currently rolling out a profile redesign to all users, a redesign that puts an even greater emphasis on the content you share and that provides some bonus opportunities to highlight your brands best bits. Visual content will get a big boost, videos will be easily viewable and your top tweets will get a boost.

The full list of what’s changed appeared on Twitter’s blog when the redesign was announced. Here are the details:

So how can you put Twitters refresh to your advantage?

We have collected some Twitter tips from past stories, some psychological studies on marketing best practices, and some ideas on how each of these different factors might combine for some truly terrific tips on how to handle your new Twitter profile.

The resemblance of Twitters redesigned profiles to Facebook pages and profiles is uncanny. Many businesses on Facebook have found a way to use their cover photos to their advantage. The previous headers were covered with your Twitter bio and avatar, but these new ones have room to spread out. The new size for the Twitter header image gives you more real estate to show off a branded message.

Here is a before and after Twitter layout header: 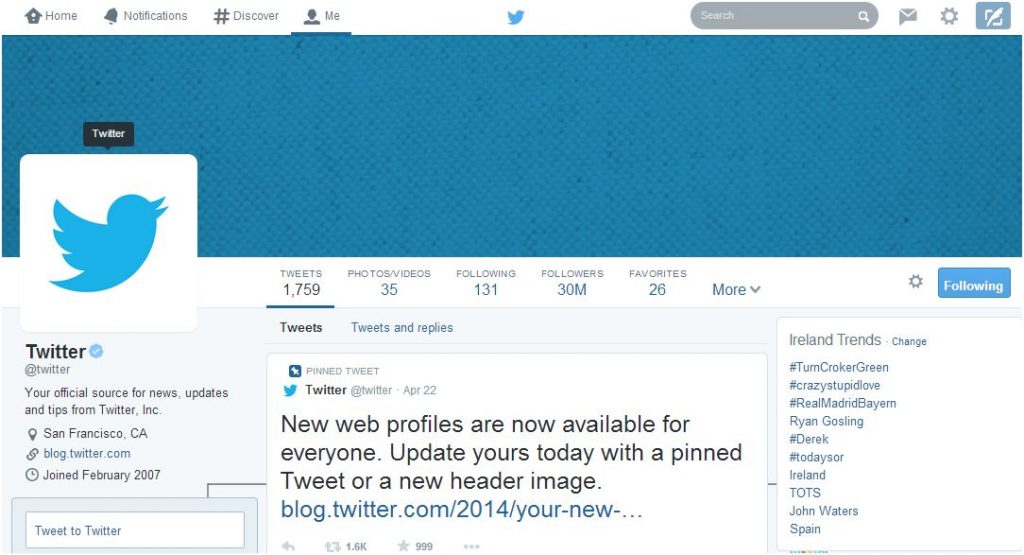 One minor detail to note if you intend transferring  your Facebook cover photo onto your Twitter header directly is the dimensions may be off as Facebook is 850 pixels by 315 pixels, and Twitter is 1500 pixels by 500 pixels.

Flaunt what your product can actually do: 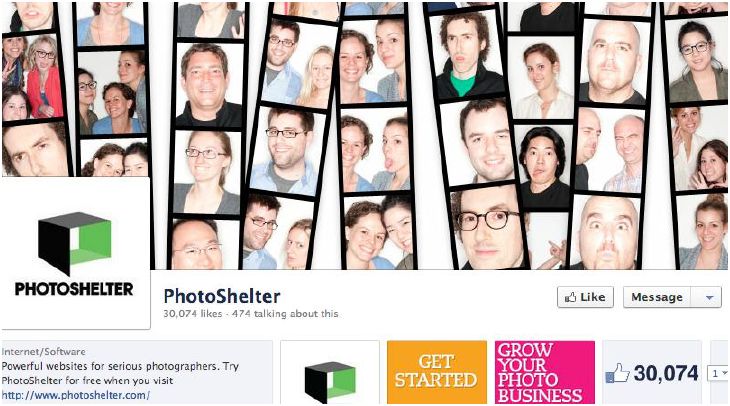 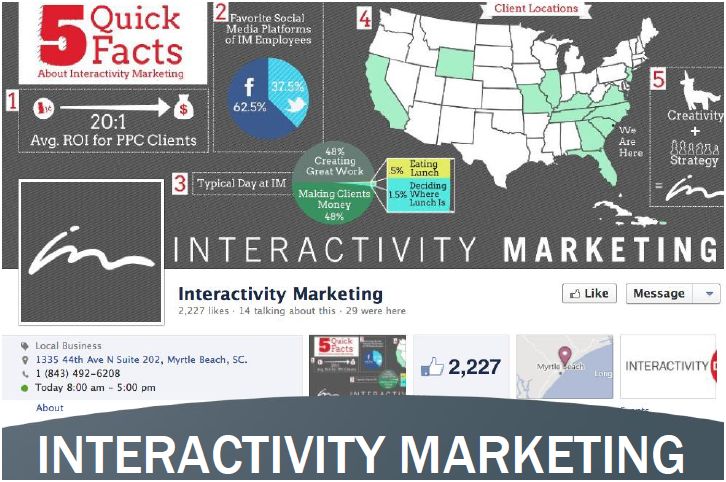 Cater your cover photo to reflect the season: 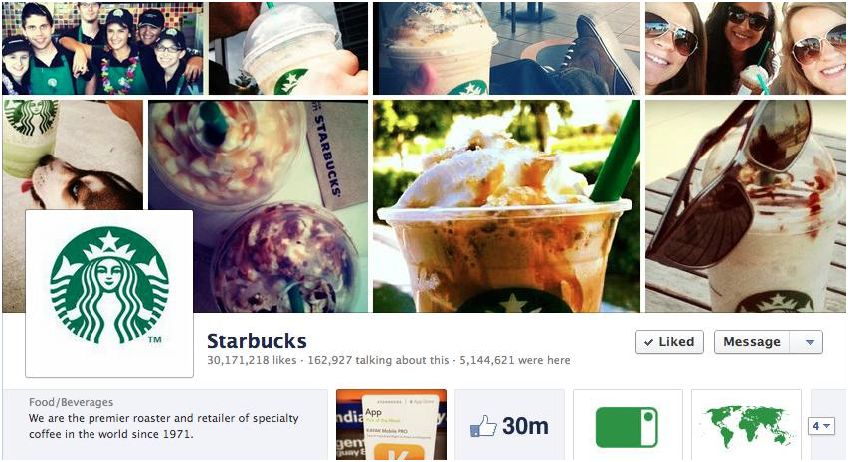 On the other hand Spotify’s old Twitter layout was actually more impressive, if you compare the old version and the new version…which one would you follow? 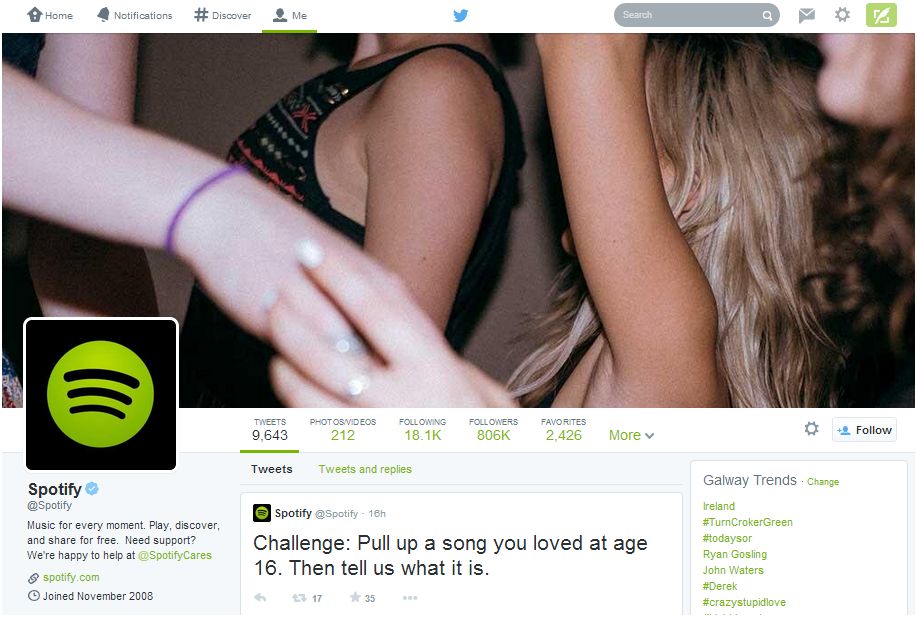 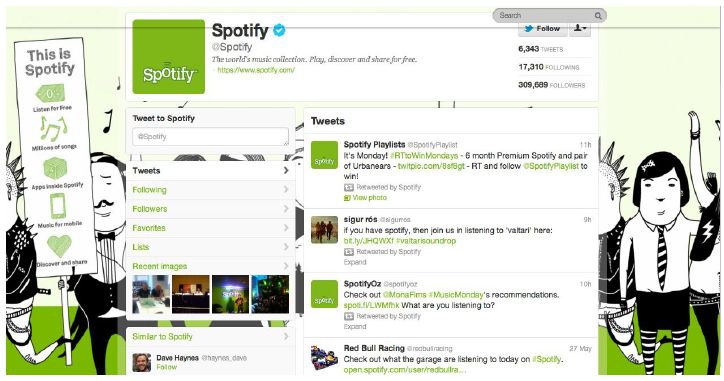 You can pin one of your favorite tweets to the top of your profile page so why not pin a tweet that drives emotion.

Happiness makes us want to share so having a tweet with emotion can help you get there. Consider pinning a tweet that makes profile visitors feel happy—something positive, funny, or delightful, perhaps —and you might start a chain reaction of sharing. Emotion in general is a good indicator of effective marketing, as evidenced in a study by IPA dataBank. Their research points to emotional content outperforming rational content nearly two to one. 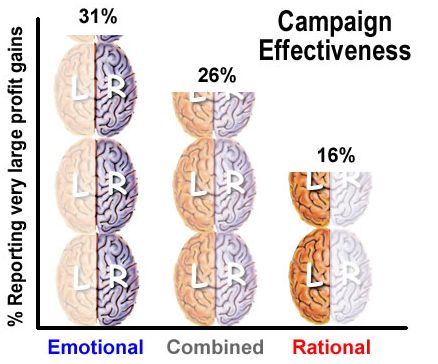 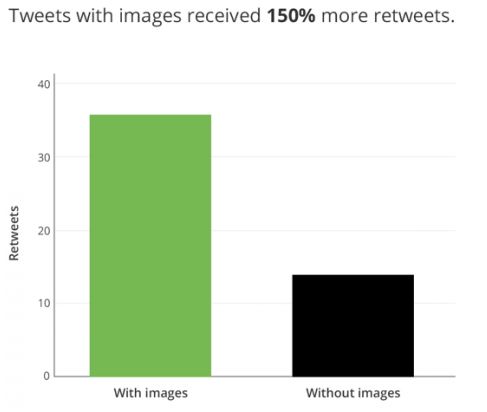 So what does this have to do with Twitter’s new redesign? Well, photos and video are much more prominent with the design refresh. At the top of every profile is a list of links, many of which are familiar from before: Tweets, Followers, Following. One of the new additions is Photos/Videos.

People now have filtered views, when visiting someone else’s profile, they can choose how to view their tweets: tweets only, tweets plus replies, or tweets with photos or videos. Thus the easier access people have to your visual content  will give you that extra push to embrace it.

If you have a tweet that you want the world to see, don’t start with an @ symbol Twitter recognizes this as a reply, part of a larger conversation. As such, these tweets are hidden by default in a number of places around the network, including the redesigned profiles.

The new Twitter timeline filters create distinct views of tweets, tweets plus replies, and tweets with photos and videos. The default view is simply “Tweets,” minus the @-replies and conversations.

So if you want to ensure that your content is reaching the masses, be careful about when and how you use the @ symbol. And if you do start your tweet at an @, be sure to place a period as the first character. This type of tweet will end up in a stream:

Why not transform your favorites into a brand of high fives

There are many of us on Twitter who use favoriting as a form of social currency—and we’re all quite generous. You can derive your own meanings to favortising. How does Twitter feel about favorites? According to the redesign, favorites might be more important than many of us thought. The new look gives a Favorites tab a prominent place in the main navigation.

With this new focus, you might consider changing the direction of your favoriting strategy. One idea is to use them as social proof for your brand. Favorite the recommendations, testimonies, retweets, brand mentions and positive feedback from your customers and fans, and transform your favorites tab into a board of brand high fives.

So have you been one of the lucky ones to get a head start on the new Twitter layout? Will you embrace these new changes? And is there anything you will start doing differently….? We would love to hear your thoughts!