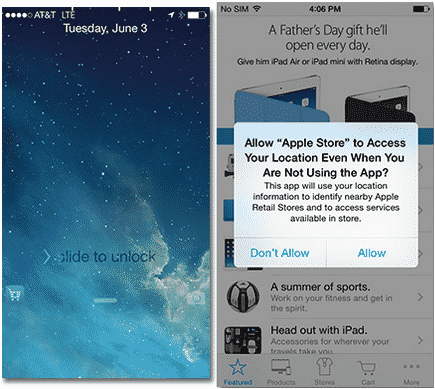 Apples iOS 8 update was officially released to the public on September 17. With the update various changes to the operating system have been made including interactive notifications, actionable notifications and widgets. To dig a little deeper into the update, location services have also been updated.

The location services update to iOS 8 has tremendous potential for contextual targeting. Suggested Apps which is a significant feature of iOS 8, provides a whole new way to leverage proximity to power real world intent. Whilst Passbook is a convenient alternative to little plastic cards users would still need to dig through the apps on their home screen to find their gift card or track down a coupon.

Suggested Apps offer greater convenience by using information an iPhone gathers in the background to learn where you are. For instance an app that corresponds to your location has the ability to surface on iOS 8 lock screen so that users can swipe up and be ready at a moment’s notice. The utility behind this feature is to deliver more local context to a users iPhone or iPad with just a single swipe.

This feature was introduced with iOS 8 beta builds and talked about at the WWDC back in June. The recommendation feature was discussed which suggests useful apps for users on the bottom left hand side lock screen making it easier to launch apps. (Swiping up on that icon either opens the app (if already installed) or directs you straight to the App Store listing for that app (if not yet installed on your device). The contextual nature of these recommendations provide greater intelligence making greater use of businesses that are nearby.

Location services can now use iBeacons to determine your approximate location. In beta releases of iOS 8, Suggested Apps were solely powered by GPS geofences. This news is significant as it demonstrates how iBeacon can add real world context to your daily lives. And any retailer or store can now surface an installed app on the user’s lockscreen. According to stats from inMarket trials of the technology, the US has seen app usage increase by 16.5 times for users who receive notifications triggered by nearby beacons. Already, beacons are helping to increase usage of location-relevant apps and keep users in the apps for longer.

With iOS 8 there is more transparency

With iOS 8 Location services have become are lot more transparent. Apple is improving its location services for both developers and users by providing users with additional transparency with new location authorization requests. With the update users of iOS 8 can be expected to receive prompts letting them know that certain apps are accessing their location when the app is in the background. This is Apples way of bringing apps that are monitoring your location in the background to your attention. 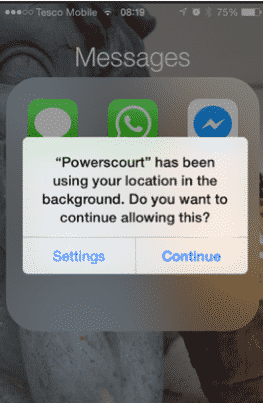 In iOS 8 Apple has redefined location privacy with a new ‘While Using’ option. Prior to this in iOS 7 users could turn location services on or off on a per-app basis, but there was no way to control when the app could take advantage of that permission. The new privacy setting referred to as ‘while using’ option is when the app is being used. This option offers access to your location when the app is open and you’re actively using it. With iOS 7 it is ‘always’ or ‘Never’ when it comes to apps requesting this type of access. 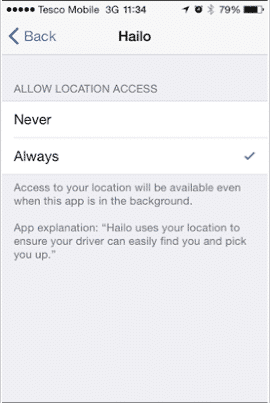 The key takeaway on location services is that Apple now requires apps to explain why they are requesting the user’s location in the first place. ‘While Using’ notifications asking permission to use your location will mean that it is now more important than ever for you to consider why a user of your app would want to opt into to have their location tracked in the first place.